The Association of Nigerian Licensed Customs Agents (ANLCA) have called on the Secretary to the Government of the Federation Mr. Boss Mustapha to expedite the process of dredging the Calabar port.

ANLCA made this known when it paid a working visit to Mr. Mustapha saying the dredging of ports would accommodate more ships calling and consequently reduce the pressure exerted on Lagos port.

According to the President of the association, Mr. Tony Iju Nwabunike, “Federal Government should dredge Calabar seaport, they  should dredge Warri seaport. 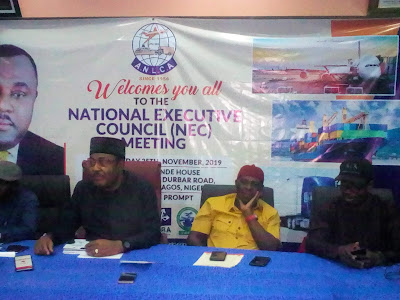 “If you are telling somebody to take his consignment to Calabar you must have to give him a good platform on how to get the thing done.” He stressed:

“They should decentralize the seaport but they have to do it systematically.”
He spoke emphatically pointing out the Nigeria Ports Authority (NPA) powers to divert cargoes saying:

“Through the NPA’s guidelines and procedures  they have the right to divert cargoes.”

The President however called for better enlightenment on the part of the Authority adding,

“The diversion of cargoes, I think NPA should have a serious stakeholders meeting most importantly with the consignees so that they will know the importance of diversion.

“If you take these consignments, for example, consignments that are supposed to be routed to Apapa and you take it to Calabar on whose expenses should that be? He queried.

“The congestion of the Nigerian Ports; Apapa and Tin-Can ports did not start today.

“ It’s a matter of having a stakeholders meeting with these people and advising them to begin to use other ports that are available,”  Nwabunike emphasized.