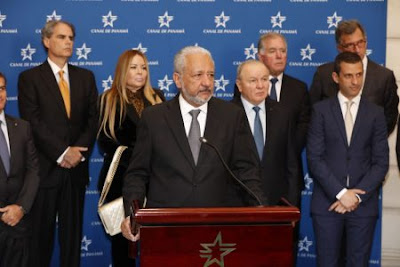 Dr. Vasquez becomes the fourth Panamanian Administrator of the waterway shortly before it celebrates its 20th year on December 31, 2019.
He brings to the table a post 30 years experience in financial and international capital market management and in the public sector.

Vásquez takes over from Jorge L. Quijano, who was Canal Administrator since September 2012. Quijano led the waterway until the finalization of its Expansion Program, the largest enhancement project ever undertaken by the waterway.
Since its inauguration in 2016, the Expanded Canal has proven itself as a tremendous feat of engineering and transformative force for global trade.

According to the financial expert:
“I will leave the Canal well-positioned for its next era of growth and have tremendous confidence in the new leadership’s ability to build off our strong foundation. If my 44-year long career at the waterway taught me anything, it’s to never underestimate our team’s ability to exceed expectations, and I look forward to watching the waterway’s next chapter unfold,” Quijano concluded.