September 15, 2019
A report has been filed on the Ijegun fire that engulfed parts of Ejigbo and NNPC distribution hub in Lagos state some months ago.

The report is prepared and presented to the Lagos State governor, Mr. Babajide Sanwo-Olu by the Director of the Department of Petroleum Resources, Mr. Ahmad Shakur. 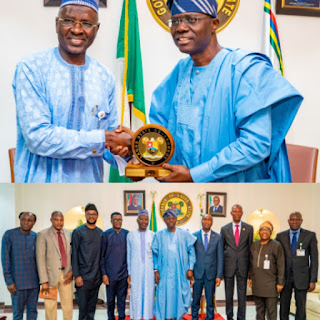 Mr. Shakur who led the team gave an update on the pipeline incident that claimed lives in Lagos a few months ago.

According to the governor of Lagos, Mr. Sanwo-Olu:

"We are collaborating with the FG to ensure security of all economic assets within the state," he affirmed.