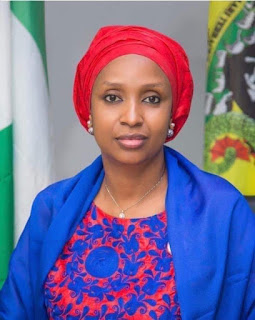 The Nigeria Ports Authority has revealled it's plans to concession the Warri Ports. This is even so as investors plan to  make it a solid mineral terminal.

The NPA helmsman Hadiza Bala Usman made this known recently as she informed that the outline business case for the port have already been delivered to the Infrastructure Concession Regulatory Commission (ICRC).

Usman decried the current state of the port draft which remains at 7.5 metres because of the oil pipelines laid underneath by the Nigeria National Petroleum Corporation (NNPC). She disclosed that the Authority cannot therefore dredge the draft below such point because of the submerged infrastructure.

Hadiza equally lamented that most importers have abandoned the Eastern Ports and now prefer to ship their goods through Lagos ports because of roads and accessibility.
Speaking on the Lagos ports, the NPA boss said Lagos ports were congested because most of the products imported into the country through them were consumed by residents of Lagos and neighbouring states.
On the steps being taken by NPA to develop other ports in the country, Usman said:  “As a shipper, you decide where your cargo will go to. Quite a lot of cargo that come into the Lagos area are meant for the Lagos environment, Ogun State, the manufacturing hub, all those industries around and also some that are going to the north.
“Then, the eastern port, we have Warri port, which has a draft of 7.5 meters; we can’t go below that, that is the maximum we can go, we have NNPC pipelines that are buried there, so we can’t dredge below that.
‘’We have the Burutu port, which is moribund. We are currently at an advance stage of its concession, we have just sent the outline business case to the Infrastructure Concession Regulatory Commission, ICRC, we have investors that are keen to do that as a solid mineral terminal.
“Calabar port has a very wide and long channel, about 180km channels, which requires for us to dredge it, to invest about N50 billion to dredge. We looked at the revenue generation and traffic and realised that it doesn’t justify us to spend that amount of money.
“So, we are exploring the use of flat vessels.  In December 2018, we had flat vessel come to Calabar port. We have Onne port, Onne is functioning, it has about 10 to 11 meters draft. It was for oil and gas so designated but now it’s meant for all cargo types.
“The other issue that people use to decide where there cargo goes to is also accessibility to the final destination. For example, if you want to take your cargo to Aba, the question is: can articulated truck drive from Onne to Aba?