The Kaduna State Governor, Mallam Nasir El-Rufai, has commended the efforts of the Director-General of Nigerian Maritime Administration and Safety Agency (NIMASA), Dr. Dakuku Peterside, to develop the maritime sector and increase its contribution to the economy.

El-Rufai said Dakuku’s appointment as Director-General of NIMASA was one of the most skillful and opportune decisions by the President Muhammadu Buhari administration in its drive to revolutionise the maritime industry.

He spoke at the weekend in a chat with journalists at the Kaduna State Government House. 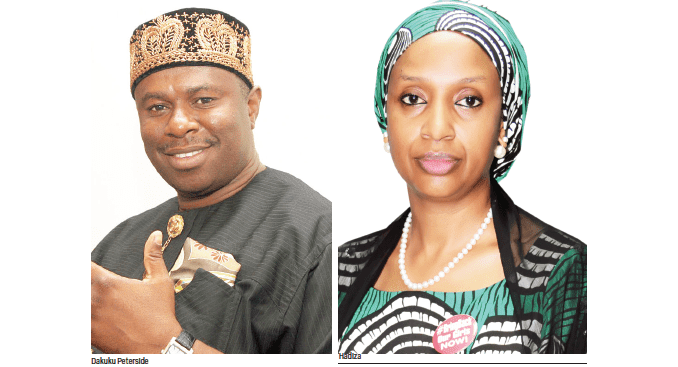 The governor said Dakuku had brought his wealth of experience and pragmatism to bear on the maritime sector, occasioning many reforms that have produced significant growth in the industry within a short period.

The governor said with the length of the Nigerian coastline, the country deserved more benefit from maritime.

He added, “I know NIMASA, in collaboration with the Nigerian Ports Authority, headed by my former Chief Of Staff, Hadiza Bala Usman, is doing a lot to decongest the Apapa ports and we are proud of what they are doing so far. But we must also look at ways of building new ports to decongest Apapa.”

He said Kaduna State was one of the beneficiaries of Amaechi’s vision, as the Abuja-Kaduna rail line, whose completion the former Rivers State Governor ensured, was now one of the busiest rail lines in the country.


He stated, “I do not recall any Minister of Transportation that has achieved as much in so little time, under very difficult circumstances as Hon. Amaechi has done. Kaduna State is one of the beneficiaries of his effort, because the Abuja-Kaduna rail that started more than 10 years ago was completed under his tenure.

“It was a single-minded focus on completing projects of benefit to the country that enabled that, and today, that train connection is one of the busiest and most patronised in Nigeria.

For the first time Nigerians are seeing the advantage of having a functional rail system and he was also very influential to the appointments of Hadiza Bala Usman and Dakuku  Peterside and the maritime sector is better for those strategic appointments.”

Dakuku was appointed Director-General of NIMASA in March 2016. Under his watch, a lot of reforms have been initiated, including the strategic New Cabotage Compliance Strategy, which has created more employment for Nigerians in the maritime sector and significantly grown the maritime sector’s contribution to both the Federation Account and the Gross Domestic Product (GDP).