June 21, 2019
The Nigeria Benin interconnectivity portal has finally launched in the Seme/ Krake border of both regions.
The portal which allows for the registration and processing of goods trading along the West African routes will erode human interference and reduce processing time to less than a 24 hours activity.
The launch witnessed the presence of Customs Comptroller Generals of Nigeria and  Benin republic, Col. Hameed Ali (rtd) and Sacca Boco Innousa Charles respectively.
Col. Ali expressed satisfaction at the accomplishment saying that it has set the path for a clean process between the two countries.
He pointed out that there has always been the need for connectivity between the two nations but the bottleneck has always been the difference in languages between the countries. 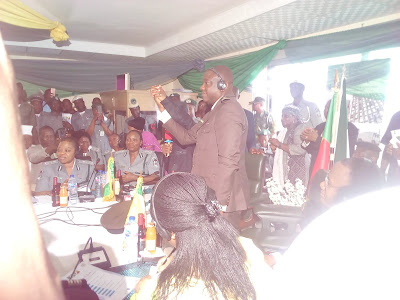 According to him the connectivity portal will weed out false documentation and solve the fraudulent and illicit trafficking of goods between the borders.
The Comptroller called for honesty on the path of stakeholders. In his words:
“If you want your import and export to be processed as quickly as it should be then you must also be honest in the declaration of your goods.
“That way (my) Customs will be able to push it with no hindrance. But the moment you go over and slide back to the process where you falsify the documents, undervalue goods, then there’s going to be a problem.”
The Nigeria Customs Helmsman therefore appealed to stakeholders to seize the opportunity of best technology to fast track 'our' trade and ensure that:
“We are doing what is right.”
Comptroller Ali decried the possibility of heightened smuggling. He therefore called on both Customs Administrations to increase their fight against smuggling adding:
' If we are not careful we will create an avenue for smuggling because our traders will begin to circumvent the system. 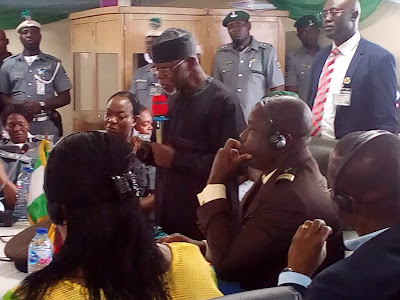 “So on both sides we must heighten our fight against smuggling.”
“You must block all entrances and exits where people can enter and smuggle. That way we will maximise the use of this system.”
The Comptroller cited the diversity of the Nigerian state and the longitude of its borders. He iterated that the successful establishment of the connectivity portal will be reinforced at other borders namely, Idiroko, Kanba and Dibia..
He congratulated both country’s representatives for a job well done and in a handshake with the Benin Customs Comptroller General Sacca Charles, he concluded that,
“When we get to World Customs Organization Council meeting in a couple of days we will be very proud to report that we are the first to establish the connectivity within the ECOWAS sub region.”