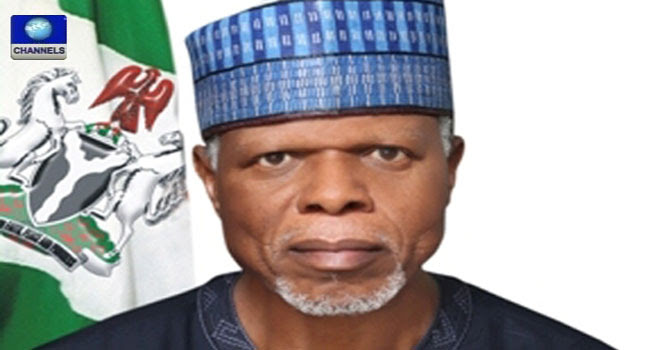 The Nigeria Customs Service has reiterated its desire to continue to build on the existing inter-Agency cooperation with all concerned regulatory Agencies, to ensure that illicit and uncustomed goods are intercepted at the Ports, for the good of the Nation’s Economy and Nigeria as a whole.
The  Customs Area Controller, Tincan Island Port, Lagos,  COMPTROLLER YUSUF BASHAR stated this while handing over a 40ft container with number MRKU 519445/3 containing cartons of Spectradol (Tramadol) Capsules of various  milligrams, Spectra-Doxycycline Capsules of various milligrams as well as Jinart Tablets.
Other drugs seized are Clarinthromycin Tablets of five hundred milligrams and Jincold-Extra Strength Capsules of various milligrams.

Speaking on the negative effect of the drugs on the teeming Nigerian Youths, the CAC stated that the products are highly regulated and Nigerian Youths consume them illegally at an alarming proportion to the extent that it more often than not lead them into committing despicable acts that will certainly have far reaching negative implications on their health in particular and the Nation at large.
COMPTROLLER BASHAR who linked the frequency of drugs seizures in recent times to the impending election year, said it portends evil for the Nation as the election year is drawing near and consumption of drugs like these by the youths would push them into reprehensible and deplorable acts.


Comp. Bashir listed the number of seizures the Command has made recently to include arms, cars, drugs and others, and expressed regrets that an importer who declared pharmaceutical products as imported vehicles and the other container as containing Computer Accessories, has no good intention for the nation and the people.


According to him, “It’s not just about money but the health and well-being of the people, every Nigerian should show care about the life of Nigerians and it is not about revenue nor trade facilitation but about the good of Nigeria and Nigerians, so this must stop”, Bashir iterated.


The Comptroller who disclosed the identity of the Importer as Jin Spectra Pharmaceutical Limited of No. 3 Festing Road, Kano also said that the Clearing Agency is Febeaco Nigeria Limited of 29, Apapa/Oshodi Expressway, Ibafon, Apapa- Lagos, expressed utmost confidence in the officials of the Nigerian Drugs Law Enforcement Agency (NDLEA) whom he hinted would effectively complete the investigation and bring the Importers to book, by using the address and the information provided.


Comp. Bashir however noted that the Nigeria Customs Service would not allow unpatriotic and inconsiderate importers and Agents use Tincan Island Port as a dumping ground to
perpetrate their illegal operations, recalling that some weeks ago two containers of falsely declared  similar Pharmaceutical Products were also handed over to NAFDAC  at the Command.
In his words, “there are over one hundred million youths in Nigeria and if allowed unregulated access to these drugs, it would portend  great danger for the Nation.”


The CAC noted that constant usage of dangerous drugs has exposed the youths to  regrettable actions as he handed over the container to the Commander  Nigerian Drugs Law Enforcement Agency (NDLEA), Tincan Island Port chapter, Mr. Nse Jack.


Receiving the consignment on behalf of the chairman of NDLEA, the commander Tincan Island Port, Mr. Jack commended the Customs Area Controller  for his consistent commitment to the concept of Inter-Agency collaboration and synergy over time.    He assured the CAC that NDLEA will conduct further due  diligence test to unravel  details of the Importer for eventual  prosecution of suspects.