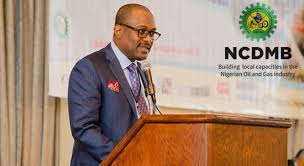 The Nigerian Agip Exploration Limited (NAE) and Shell Nigeria Exploration and Production Company (SNEPCO) have finalised plans to fabricate and integrate over 50 per cent  of topsides of their projects under floating, production, storage and offloading (FPSO) vessels here in Nigeria.


According to a statement  released by the  Nigerian Content Development and Monitoring Board (NCDMB) the projects include the Zabazaba deepwater project executed by NAE in partnership with SNEPCO on Oil Prospecting License (OPL) 245 and the Bonga South West Apara (BSWA) deepwater project developed by SNEPCO .

The statement clarified that the technical and commercial evaluations of bids for the Zabazaba main packages have been finalised by the NCDMB and NAE and the submissions met the aspirations of maximising local content at the most imperative cost.


It is envisaged that the project would expand and deepen  local content in the nation's oil and gas industry.


The Executive Secretary of NCDMB Engr. Simbi Wabote said the execution of Zabazaba would grow the Nigerian local content thus impacting the economy. 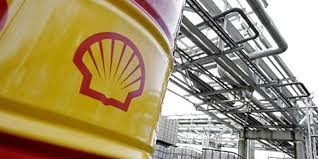 Citing the Total Egina's ongoing project Wabote said 6 FPSO topside modules were fabricated in-country across some yards and will be integrated when the FPSO arrives at the SHI-MCI yard in Lagos later in the year.

According to Wabote, "This would be the first time in the history  of Nigeria."

He noted that the entire approval and evaluation of the Zabazaba project took 14 months as compared to the official 24/36 months project cycle.

"It has taken just 14 months since NAE approached the Board with their Nigerian Content Plan. NAE and NCDMB worked  closely and went through the standard contracting process, including  invitation to tender, classifications, technical and commercial bid evaluations and facility audits. We completed the process and issued  our final report on August 30.

The Executive Secretary stressed, "This is confirmation that NCDMB does not delay projects and we can achieve the 6-month contract cycle target if operators comply with set directives," he closed.