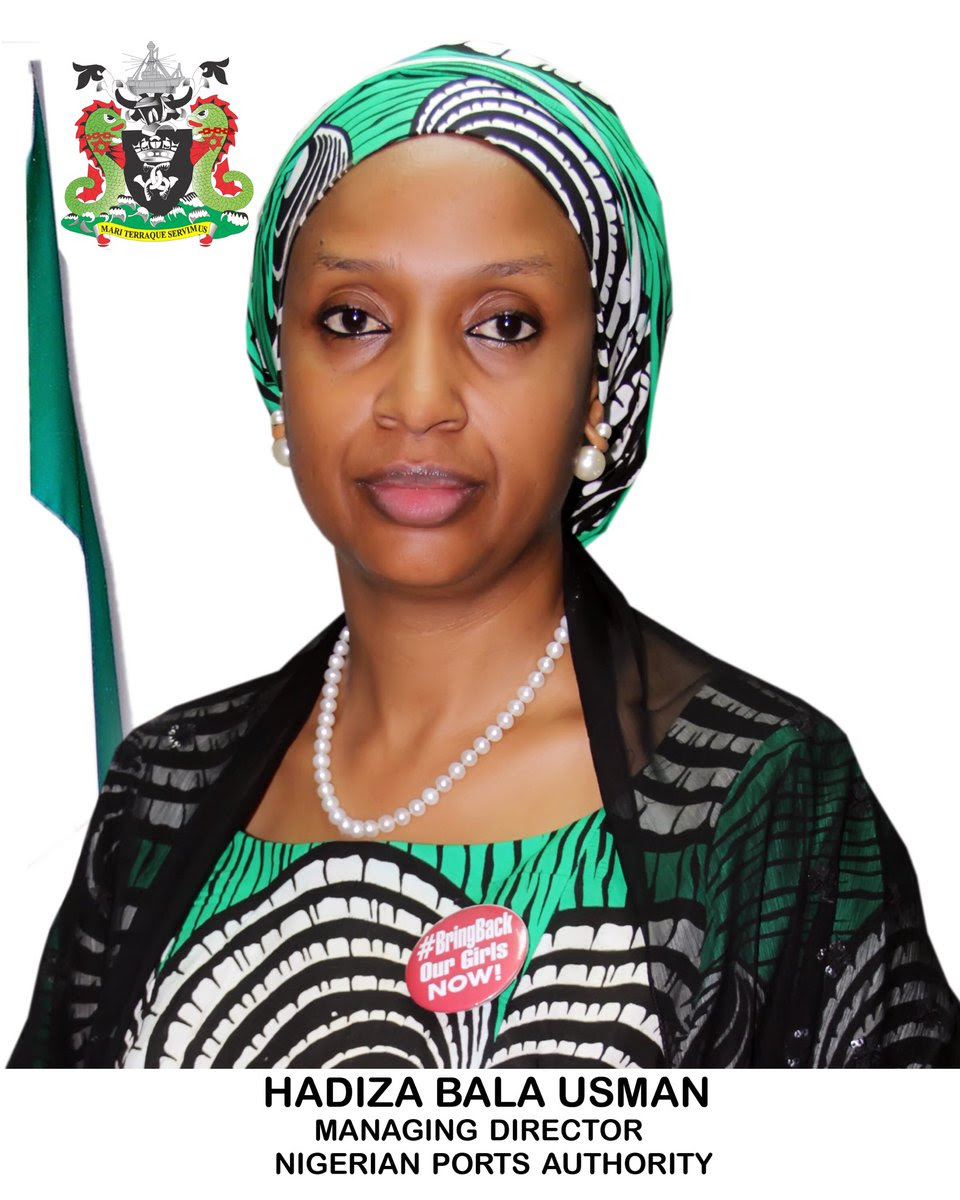 Following the export of the 72 tonnes yam produce to the European Union organised by the Minister for Agriculture and Rural Development Chief Audu Ogbe at Lilipond terminal, the Managing Director of Nigerian Ports Authority (NPA), Hadiza Usman has designated the Ikorodu terminals among others  for non-oil produce.
Disclosing this at the event Miss Usman said necessary facilities would be in place to drive exportation of solid minerals and agricultural produce through the seaports.
“NPA is already prioritising some terminals, strictly for export, including the Ikorodu Container Terminal,’’ Usman said.
She, however, said that the only challenge with the Ikorodu Terminal was the problem of low headroom of the three bridges across the lagoon.
But the NPA boss gave an assurance that several alternatives were being considered.
“The development of inter-modal transportation system will help a great deal, especially rail link to the ports.
“Rail link will cover almost 3,500 kilometers of existing narrow gauge lines from Lagos to Kano.
Miss Usman affirmed, “It is important for Nigerians to return to the farm to produce enough yams for both local consumption and export.’’
She promised that necessary steps would be taken to guarantee smooth exportation from the ports.