The Nigerian Association of Master Mariners  held its quarterly paper presentation in its secretariat in Lagos recently.

The group of maritime professionals opined that it is unethical for the Federal Government to enact similar laws and enshrine same in the articles of maritime agencies.

It would be noted that similar roles and obligations have been accorded maritime agencies such as the Nigeria Ports Authority (NPA) and the Nigeria Maritime Administration and Safety Agency (NIMASA) on the evacuation of shipwrecks in Nigerian waters.

The professional body while speaking to journalists streamlined the need for government to realign existing maritime laws and make them adaptable for maritime institutions to implement. 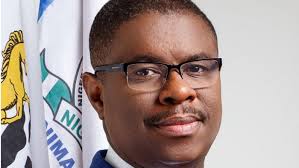 "The elegance of drafting so many other maritime agencies laws have become conflicting. In the sense that it now  very difficult for agencies to perform particular functions believing it is domiciled in the Act of another agency.

"So from individaul agency's perspective it will be very difficult because they will probably try to control some policies within their laws; and since we are saying it is domiciled in several laws it becomes very confusing.

"This gives room for incompetence, jealousy and vested interest to arise. So at the end of the day it is like everybody is in charge and nobody is in charge. Then the industry is suffering.

"Hence, the Master Mariners Association being a vested interest in  the progress of the maritme sector should set up a project kind of committee to deal with the issue of maritime policy. They can create the group as asubsidiary body to look at the issue of conflicting  laws. So that they can re-align and harmonise them so that the agencies can function without duplicating roles.

"With due respect we have seen that the Ministry is kind of giving schedules to people who are career officers not necessarily career maritime professionals.

"The Master Mariner Association and all the other non governmental agencies who have interest in the advancement of this domain should now understand that the agencies and ministries alone are not capable of driving this change.

"We therefore call for some competence in the implementation of existing laws."

Speaking further on the subject matter the President of the association Captain Joseph Awodeha suggested the government should revisit the different Acts of maritime agencies to avoid confusion  in implementation. He said:

"The government and other relevant authorities should revisit all the different Acts of these agencies so that they can pick up a responsibility and say this responsibility should go to such agency and the other to another agency. This is such so that there is no confusion in implementation. So we don't waste resources and efforts duplicating roles while others are suffering.
Capt. Awodeha continued on the issue of training of cadets. He said:

"There is no point you send somebody abroad to train at the end of the training he has no practical experience to carry out the job he is supposed to do.

"There is a difference between theoretical training in the university or college and practical training aspect of what one should do.

"We have so many cadets that have gone abroad trained but cannot perform their duties as marine officers or marine engineers because the platform for them to do the practical aspect to qualify them to actually work onboard and be employable have not been attained.

"In other words until we do that we have not actually spent our money well, " he concluded.

Meanwhile, the paper presenter at the occassion Admiral Siempre Ombo (rtd) who delivered on the theme: Coastguards and Navies: The Roles and the Responsibilities of the Nigerian Navy interjected:

"Any Navy that is worth its salt has 3 principal roles, the military, policing and diplomatic roles. The basic functions in the policing role are coastal functions and nation building functions and the Navy has that responsibility.

"The Navy goes beyond just normal coastal functions in its policing roles it also does nation building functions when the job is about dislodging piracy, smuggling and search and rescue.

"Also, when it comes to enforcing laws of Customs and Immigration the Navy has the constitutional mandate to perform these roles.

"These are the same functions the coastguards of any country would do. Apart from countries with global navies almost any country in the world has a working navy or a functional coastguard.

"So the issue is this, if the Federal government that is equipping the Airforce, Army and other maritime agencies finds it difficult to equip the Navy it becomes unfair.

"If the Federal government finds it difficult to meet the needs of the Navy and it is still asking that navy to constitute a coast guard, I think this is unethical.

"This is because the Navy is already doing what the coastal guard would do in any part of the world,"  he emphasized.
Pictures:
01: Nigeria Ports Authority Complex (RoRo Port)
02: Director General NIMASA Dr. Dakuku Peterside.