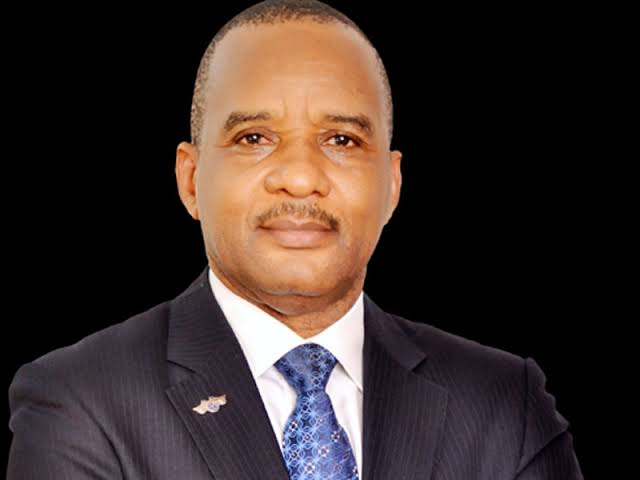 Sandra UkeleThe Nigeria Maritime Administration and Safety Agency (NIMASA) has announced it has secured the approval of the federal government to disburse the  Cabotage Vessel Financing Fund (CVFF).The Agency made this known in a virtual meeting held with Shipowners Association of Nigeria (SOAN) at it’s headquarters in Lagos.The Maritime regulator affirmed only the fine details of the scheme were being considered before commencement of pay-out.
The Director-General of NIMASA Dr. Jamoh Bashir who headed the webinar described shippers as “the beacon and hub of any developing economy,” He stated:“The journey to success for the current management of NIMASA depends on the shipowners.“We shall continue to pursue our functions of promoting and regulating shipping in collaboration with shipowners and all relevant stakeholders,” he iterated.Responding to the shipowners’ concerns about the CVFF, Jamoh stated that the Minister of Transportation, Rt. Hon. Chibuike Amaechi, had approved the disburs…
Post a comment
Read more 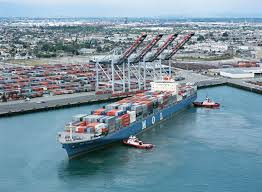 A mooring boat sank at Pajaritos Oil Terminal in Mexico.

The tanker which was loaded with crude was headed for Port Arthur, USA.

Seven crew members on board were rescued while two others are still missing. Tanker left harbor Pajaritos as scheduled, ETA Port Arthur Jul 19. 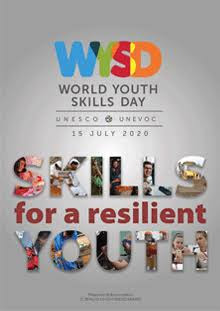 July 15, 2020 is World Youth Skills Day (#WYSD2020), and it is an event highlights the importance of equipping the youth with practical skills for employment, entrepreneurship, and leadership.


The theme for this year "Skills for Resilient Youth” highlights the resilient ways young people adapt to the changing environment as traditional employment becomes deprioritised and a skills-based economy takes precedence.

In addition, with the closure of schools and the data/internet challenges faced in a world increasingly going digital, the COVID-19 pandemic calls for a more resilient youth during this crisis and beyond.

Continuing to learn and gain new skills is vital for young people and also central to the achievement of the United Nation’s 2030 Agenda for Sustainable Development, and several virtual events focused on the theme of “Skills for a Resilient Youth” will take place.

July 06, 2020
The sudden arrest of the Acting Chairman, Economic and Financial Crimes Commission (EFCC) Mr. Ibrahim Magu by ofgicials of Department of State Services has been frowned at by members  of CACOL.

In a release by the Chairman of CACOL, Mr. Debo Adeniran he stated:

“The Centre for Anti-Corruption and Open Leadership, CACOL, received the news of the arrest of the Acting Chairman of Economic and Financial Crimes Commission (EFCC) Mr. Ibrahim Magu by officials of Department of State Services (DSS) with mixed feelings.

“We can recall that the arrest is coming barely two weeks after the Attorney-General of the Federation, Abubakar Malami (SAN) reportedly complained to the President, Muhammadu Buhari about Magu’s conduct and advised that he should be relieved of his appointment. The AGF was said to have accused Magu of insubordination and discrepancies in the figures of funds recovered by the EFCC.

“Though the details of his arrest is still sketchy, we believed that inasmuch as no one is above…
Post a comment
Read more 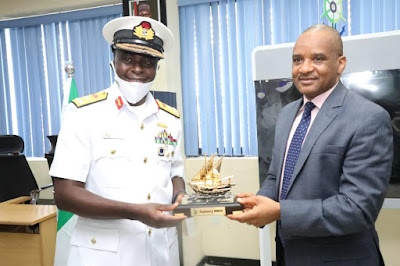 Plans are underway to harmonise the training procedures of the Nigerian Maritime Administration and Safety Agency (NIMASA) and the Nigerian Navy for the facilitation of safety standards of the country's waterways.

Jamoh highlighted that a large chunk of the Agency’s budget went into the training of its workforce, adding that other stakeholders, including the Nigerian Navy, also benefit from training programmes facilitated by NIMASA in the overall interest of the maritime sector.

He affirmed that NIMASA would also look in the direction of naval facilities and how to harmonise the training guidelines to meet the standards required by the International Maritime Organisation (IMO) for certification. According to him:

July 06, 2020
The Centre for Anti-Corruption and Open Leadership (CACOL) has commended the Federal High Court Abuja for granting an express order of interim forfeiture of 48 choice properties, allegedly belonging to a former chairman of the Nigerian Social Insurance Trust Funds, Ngozi Olejeme.

In a press release issued by the anti-graft coalition’s Coordinator for Administration and Programmes, Mr. Tola Oresanwo on behalf of its Chairman, Mr. Debo Adeniran, he noted:

"It would be recalled that the forfeiture order was granted after the counsel for the EFCC, Ekele Iheanacho, convinced the court that the said property was purchased with proceeds of crime.

The former chairman of the Nigerian Social Insurance Trust Funds, Ngozi Olejeme who was also the treasurer of the Jonathan-Sambo Campaign Organisation in 2015 has been on the run since 2016 and was in September 2017, declared wanted by the EFCC for criminal conspiracy, abuse of office, diversion of public funds and money laundering. She was all…
Post a comment
Read more

The greatest miracle I've seen of eternal life affecting mentality was in a girl I'll call Mary. Mary had spent seven years in the first grade without even learning to write her name. The authorities asked her parents to take her out of school when she was fourteen years old.

As an eighteen-year-old, she behaved like a two-year-old. If she happened not to be sitting with her mother in the service, she would crawl or slide under the pews, or else she would lift up her skirt and step over them, to get where her mother was.

Then one night, during an evangelistic revival meeting, Mary came to the altar. There she received eternal life - the nature of God. A drastic change occurred instantly. The very next night she sat in the service and behaved like any eighteen-year-old young lady. She had fixed her hair and dressed up. Her mentality seemed …
Post a comment
Read more
More posts